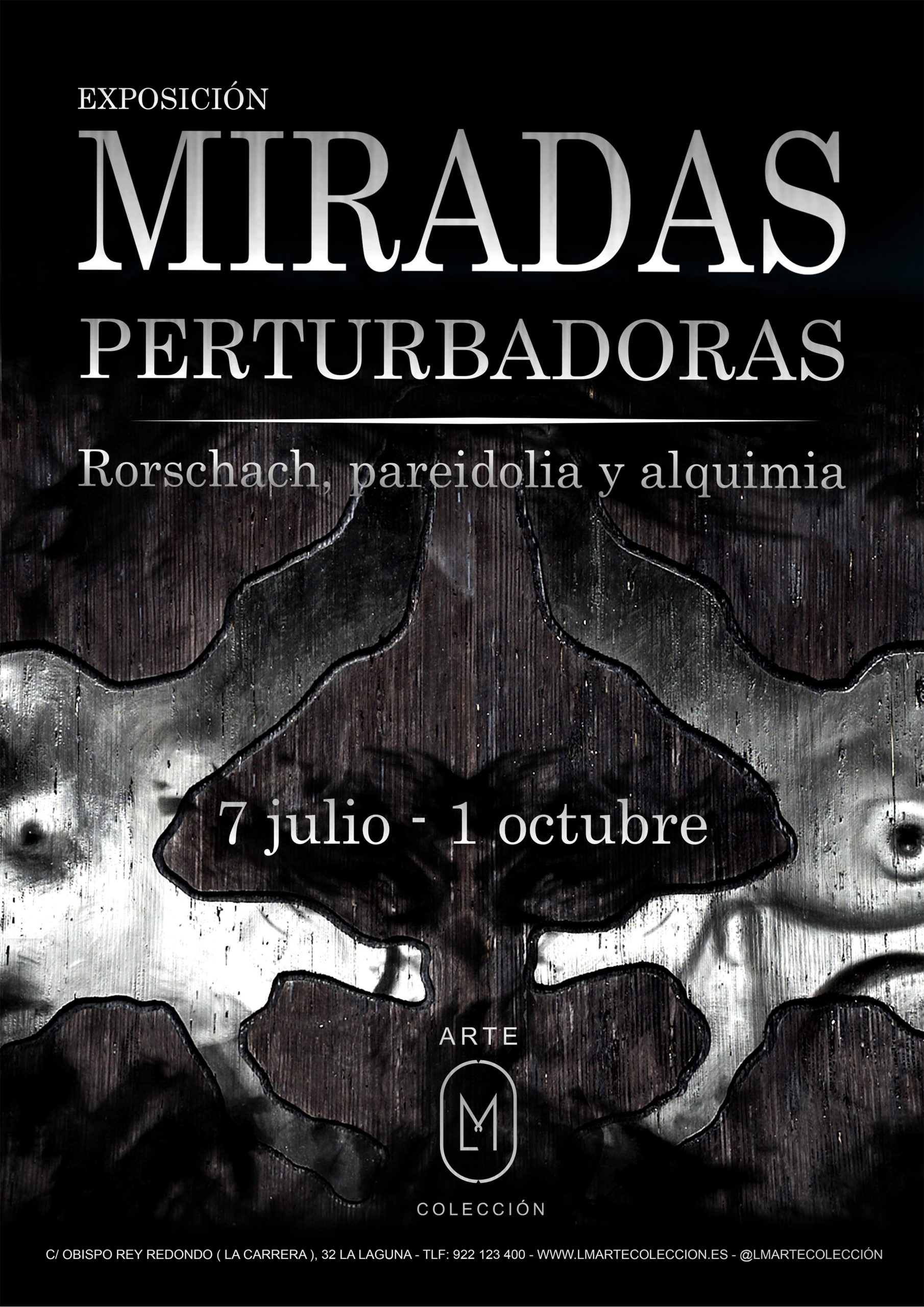 Six months after its opening, LM Arte Colección opens its third temporary exhibition this Thursday 7 July, comprised of works from the following years
the majority of these funds come from the centre’s own funds. Under the title “Disturbing glances. Rorschach, pareidolia and alchemy, the exhibition is based on two pieces in which the well-known test of the psychoanalyst Henry Rorschach (who is now celebrating the centenary of his death) plays a leading role: on the one hand, Guccinam (1999), a digital image c-print by the American artist Jeremy Blake (1971-2007), in which, as in his famous Winchester series (the focus of his 2003 exhibition at MNCARS), the stains used in the psychological test appear repeatedly, emphasising his interest in exploring the redefinition of the image; and, next to it, a disturbing work by the Canary Islands artist Carlos Nicanor (1974), entitled precisely Rorschach (2014), composed of two large black blocks of laminated wood covered with graphite powder, which present an apparent symmetry, in reality complementary.

In 1921 the Swiss psychiatrist and psychoanalyst Hermann Rorschach (Zurich, 1884 – Herisau, 1922), the son of a painter, published his well-known test (although it is actually a projective method), consisting of a set of 10 plates with inkblots, characterised by their bilateral symmetry and ambiguous nature. The interpretation of these automatic paintings, when shown to the patients examined, made it possible to establish hypotheses about their psychic functioning.

This interplay between the gaze and its psychoanalytical evaluation is generally related to what we know as pareidolia, a term also of psychiatric origin that refers to the interpretation of random images, or patterns of light and shadow, as occurs, for example, when we believe we see faces or animals in the shapes of clouds, in embers or on the bark of a tree trunk. This is a question that is linked to precedents in the creative field, as Leonardo da Vinci had already raised when he found figures in the dampness of a wall. But also with later proposals such as the experiments related to surrealist automatism. In this sense, the case of Óscar Domínguez and his decalcomanías is well known, whose ink stains suggested a magnificent universe that transited between the abyssal and the dark grottoes of the lava landscapes, A world that would not be difficult to guess either in the lyrical abstractions of artists such as Pino Ojeda or Yolanda Graziani, or even in the dramatic informalism of Manolo Millares (whose fiftieth anniversary of his death is being celebrated) or in Felo Monzón’s experiments with the volcanic.

101 years after its publication, and despite its questionable scientific and objective nature, the Rorschach test is still used today in various fields as a tool for personality assessment. In any case, the interesting thing about it is that, in the end, what it seeks is not the detection of interpretative patterns of these spots and, therefore, a regularity or “normality” of the interpreter, but, on the contrary, the disturbances that would seem to move him away from those reading values a priori considered logical. Disturbing gazes, therefore, which, in this case as spectators in front of the work of art, manage to activate the alchemical process of transmutation of stain and matter into other realities.